That weird mish-mash of thoughts and feelings is the result of reading Skinner and Goldman's "Optimal Strategy in Basketball". Add to that the dismay of knowing that they wrote it five years ago and I just discovered it now. The only thing that eases that dismay is the knowledge that I wasn't anywhere near prepared enough then to do anything about what I read. While I still may not be prepared enough now, I can at least see how to get there from where I currently am.

So what was so good about the paper that I couldn't stop telling my friends? The introduction was all it took. The authors clearly summarized what my friends and I have been fumbling around for months, if not years.
- The score difference fluctuates somewhat randomly throughout play.

- That net score difference is determined by the skill levels of the teams and the scoring strategies they use during play.
- There are three main principles that go into determining what the optimal use of scoring strategies should be.
Those ideas may not seem so earth-shattering but that is the amazing part. If those ideas are so plain to see, why hadn't I seen anyone else nail these down in some formal, empirical way until this paper? It's not until you try to explain something complex to others that you realize just how little you truly understand it.

That's where math starts to come in. The first of the three principles to consider is "allocative efficiency", or determining the frequencies at which certain players/plays should be used in order to maximize scoring. The authors demonstrate that the answers are not as simple as we think they are. It isn't as simple as using the average points scored by each player/play. We need to understand the marginal points scored. Marginal rates are derivatives. They explain how large the changes are between data points. The question shouldn't be "how many points do we expect to score running this play?" The question should be "how many more points would we expect to score if we ran that play one more time?"

The third principle is "risk and reward". We can easily understand that there is a trade off between these two but the authors quantify this trade off in an insightful way. Increasing "risk" means that we decrease our chances of scoring our "average" number of points in order to increase the chances that we score a number of points that is much higher than our average. The downside of increased risk is not only the decreased chances of scoring our average but also an increase in the chances of scoring far less than our average number of points. So why would we risk, given how it negatively impacts our scoring? If we remember back to the introduction of the paper, we should care about the difference in scores more than how many points we score. If our opponents are likely, based roughly on average scoring, to outscore us then we have to take some chances to possibly increase our scoring. In statistics-speak, we are trying to fatten the tails of our scoring distribution. In COVID-speak, we are trying to flatten the curve.

So how do I think we can apply these ideas to volleyball?
I'm very early on in developing my thoughts on this but I view this post as a chance to sort of think out loud, which I find helpful.


When it comes to "allocative efficiency", I think that this encompasses both offensive play selection as well as setter choice. While there may be some play selection in transition offense, I think that, just by sheer volume of opportunities, we're mainly considering side out offense. Setter choice is always going to be constrained to some extent by reception/dig quality, which is only the beginning of the deep complexity involved in figuring this out. Let's start by considering a given play in a three-hitter rotation. We shouldn't just consider the attack efficiencies of the three front row attackers when running that play, we should compare how efficient they are as they are set more and more in that situation. We're looking to determine how to get the most expected scoring by leveraging each attacker as much as possible before their skill curve deteriorates too much. The better the individual attacker, the more the distribution will skew towards them. To some extent, we set different options to "keep our opponents honest" but mathematically, we are trying to maximize expected scoring. This is also an example of how the score fluctuations in a match are somewhat random. There are many factors that contribute to these situations and who the setter chooses to set can vary randomly within our maximal scoring scenario. We can achieve our allocative goals without strictly scripting what happens on every play. I think that allocative efficiency can also influence setter choice on less-than-perfect passes. To further complicate our thinking, this would mean not just knowing how to maximize scoring on a certain play with certain attackers but also how that efficiency may change as reception quality deteriorates. The abilities of the attackers determine this to some extent but there is always an element of allocation to consider.

I think that we need to understand how marginal scoring rates change in all of these situations before we can understand how to allocate most efficiently. I suspect that we currently only truly understand average scoring so when we start considering complicated situations, our thinking reverts to "set the attacker who is most efficient on average" which will not result in the best allocative strategy.

I think making direct "dynamic efficiency" comparisons between basketball and volleyball is a bit tougher mainly because our time constraints are much different than theirs. The rules of volleyball prevent lengthening possessions. With that said, I think that there are some interesting comparisons to be made. First, there is a constraint in terms of how close teams are to the end of a set. I have seen this referred to as the "red zone", or after 20 points. I have also seen research suggesting that 18-15 is a kind of point of no return, in that the trailing team is very unlikely to win the set under normal circumstances. We can study dynamic efficiency as a principle that governs decision-making as teams approach the end of sets. How should decision-making change as teams near 25 points? Does attack efficiency change in some important way as teams near 25 the way that expected points change as the shot clock or game clock nears zero? What impact is there on dynamic efficiency when a team is leading versus trailing? (Is that question really more about risk and reward?)
What about considering rotations as part of dynamic efficiency? Should teams be weighing how to shorten time spent in weaker rotations and lengthen time in stronger ones? Is this a different question from allocative efficiency? Is attack choice (line/angle, hit/tip, etc.) a dynamic choice, allocative choice, or both?

"Risk and reward" is probably the most straightforward because it is a meta-strategy so it isn't tied to how the game is played. Risk and reward is about choosing strategies and about appetite for risk. There are plenty of stories in the sports canon about underdogs adopting radical strategies to overcome heavy odds. I don't think that volleyball coaches consider themselves separate from such ideas. In discussions that I have had with friends about this subject, I have framed this in terms of women's collegiate programs. How does a college coach think about risk and reward? How willing is any given coach to gamble on less-certain strategies? It's not that the strategies don't work (we need to be wary of dualistic thinking and resulting), it's that the strategies are much more variable. Do coaches who are willing to risk have any data to support how much variance accompanies a given strategy? How frequently can a coach utilize such strategies and keep their job? Variance means getting a much wider variety of results (in terms of scoring, not necessarily outcomes) and that means living with much less certainty, which can be exhausting.
But what if you coach a college team that can usually make it to a postseason tournament but has very little chance of advancing far? Would you consider risking more, especially given that there may be little chance of overcoming the gap between you and your opponent? What if you coach a team that makes the tournament every year, advances a round or two and then needs some luck? How many years would you be conservative and hope that the stars align to make it to the finals?

And then there's the question of how do we risk? What strategies are available to our teams that we aren't currently employing to score? Aren't we trying to practice those things that we can't control well enough yet so that we can control them better? Is risking all about tailoring strategies to fit certain opponents beyond the small tweaks that we usually make? Is it about putting more eggs into a single basket than we feel comfortable doing? Do we have to risk in all facets of the game (serving, attacking, blocking, etc.) or is deploying a large change in one area enough? Can we risk with certain personnel decisions rather than team strategies?
And how would we measure the risks we would take? We need to employ strategies that we trust either fatten tails or shift curves in a favorable direction. Blindly risking is still risking but we can do better than that. We should gather some kind of data on the potential strategies, whether those come from other teams or our own team in situations where we are favored enough to experiment. It is a lack of rigor that can give risk a bad name.

There's a lot of research to be done, data to be gathered, and numbers to be crunched to get a handle on these ideas. But before we do the math, we still need to decide how to translate between what we know about volleyball and what Skinner and Goldman have taught us about basketball. Are there areas unique to volleyball that the authors didn't have to account for? Are there arguments they made that won't hold up in our game? We have some substantial (but manageable) theoretical work to do before the applied work. Skinner and Goldman did the theoretical work and began the applied work but then ended their paper with this massive caveat:

At a practical level, the biggest hindrance to quantitative basketball strategy is usually the difficulty of accurately estimating the efficiency of different offensive options. The usage curves f(p) are particularly difficult to estimate from easily-measurable statistics, and are necessary for a quantitative determination of optimal allocation. What’s more, the usage curves are really only robustly defined relative to a particular defense, and can vary strongly depending on the quality of the team’s opponent. A major advance in their determination may therefore provide the most important step toward enabling quantitative optimization of basketball strategy. (p. 14)

"To f*ck up is to find adventure." I wasn't sure if I wanted to keep reading Being Wrong: Adventures in the Margin of Error ... 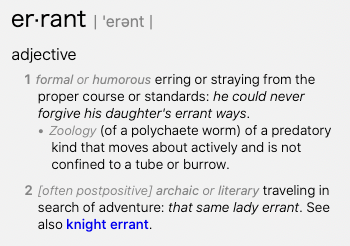