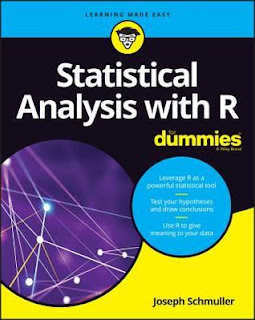 I have learned that my professional life as a volleyball technical coordinator means different things to different people. To coaches and athletes, I can often be seen as "the numbers guy" and perceived as an expert in the area of "statistics" as it is commonly understood in the sport. That is to say that I can collect data well and I can create tables and graphs of simple data like reception averages and attack efficiencies. Being able to do that well is enough to help my team function well and for my coaching staff to make informed decisions.
But to a statistician or a data scientist, that level of understanding and performance is below average. There is so much more to know and understand so that someone in my position can ask more and better questions of the data and present more and better answers to those questions. I don't mean to say that my job should be filled by someone with a background in such fields as data science or statistics instead of by me but I think it is important to recognize that there is far more to the world of statistical analysis than what most in our sport consider.
As I have grown and learned as a professional, I have found it important to expand my view of our world. And I have learned that our world is full of jungles, seas, deserts, and other wild, if not unexplored, territory. Our maps are full of cities and roads and other ordered, well-understood areas too and that's where we domesticated animals spend most of our time. But do the well-mapped areas provide the adventure that some of us are looking for or do we need to go out where "there be dragons"?
I have spent some time over the past couple of years beginning to explore the periphery of our known world. I have taken (and hope to take more) statistics classes at my university. I have learned R (a statistical programming language/tool) at least well enough to begin creating interesting code on my own. Joseph Schmuller's book, Statistical Analysis with R for Dummies, is another foray to the edges of my map and another logical step in my professional development. The book isn't meant to drop the reader in the middle of a jungle and force them to hack their way out. If you have a great deal of knowledge and experience in both R and statistics, this book is more like a tour of a local garden than any kind of jungle. But for people like me, with enough knowledge to hurt themselves out there, this book is a way to take day trips into areas that feel wild to us.
The author lays out his hopes for the book in the introduction, it's not just a statistics text or a detailed R text or a cookbook that provides code to solve specific problems. Schmuller wanted to blend all three and, I think, he has done so admirably and accessibly. With a small background in both stats and R, I was able to skate through most of the first two parts ("Getting Started with Statistical Analysis in R" and "Describing Data") as well as Part Five ("The Part of Tens", a tradition in "for Dummies" books) without too much trouble. Parts Three ("Drawing Conclusions from Data") and Four ("Working with Probability) and the online appendices were far more engaging and challenging given my starting point. I found myself not getting hung up on the numerous detailed equations because I knew that R would take care of the math for me. But the equations and the explanations that preceded the R code gave me the confidence that I could conceptualize or construct my own cases where the mathematical tools and tests would be useful. Schmuller has given me a trail I can walk in the jungle while guaranteeing safe exit. It is up to me find the trails that branch off deeper into the thickets and then go exploring.
For me, then, this book acts as a way to comfortably see more of what our world has to offer while also inviting me to take off on my own. It serves as a way to acknowledge that there is a wild world out there that I don't yet understand. It makes me see that the comfort of treading the streets and avenues is a false security because the important stuff is out there where I run the risk of getting lost or hurt. But I also run the risk of not finding anything. There may be dragons or there may be just my mind playing tricks on me. Either way, there is adventure.
at July 13, 2020