Brains or Bodies - Which Are You Coaching?

WARNING: The last 5 seconds are NSFW and some may find that bit offensive.
If you don't want to hear the whole bit, here's what it says:

We're Consolidated International and we might be looking for you. Are you one of those people who show up, punch in, pitch in, put out, clean up, punch out, head home, throw up, turn in, sack out and shut up? That's what we need: people we can keep in line.


Carlin was one of the best at making a serious point through the use of humor and this small "announcement" is an excellent example. He was pointing out that large businesses tend to work best when filled with subservient employees. I fear that many of us coach our teams in a way that requires athletes to be compliant as well. But is that what we really want from our athletes?

The idea of subservience versus autonomy is one of the central ideas of Deci and Ryan's Self-Determination Theory. The two psychologists laid out three innate needs: autonomy, competence, and relatedness. Autonomy is the urge to be causal agents in our lives and competence is the desire to master our environment so these two needs are strongly intertwined in the athletes we coach.

I summarize my awareness of these two needs with the question, "am I coaching brains or am I coaching bodies?" Do I interact with my athletes in ways that allow them to feel autonomous and competent? If I interact with them in ways that engage their minds then they likely feel like they have control over themselves and their environments. By satisfying those needs, the athletes are likely to get much more out of the training and competitive environments I create for them.

There are many ways in which we coach only the bodies of our players. Most commonly, we give feedback that tells them what we want them to do. When the game gives them a problem, we immediately swoop in with the solution for them. When this is the most common type of feedback that we give then our athletes then we allow them to become compliant, to "punch in, pitch in" and little else. They don't have to engage very deeply in what is happening to them or around them because the coach will tell them everything they need to do. Sport becomes something that just happens to them. All they have to do is show up and listen. They may do their best to execute as we tell them but the only way they know if they did or not is if we tell them so.

So as training sessions and competitions go by, athletes slowly become automatons, only doing their best to carry out the wishes of their coaches. Then when we ask them why they made certain choices or executed in certain ways, they are at a loss for how to answer. They don't know why they have done almost anything. They have been trained to do as they were told so answering questions is very uncomfortable because they haven't had to do much thinking, just waiting for instructions.

How do we change that dynamic? How do we make them active participants in learning and execution? We ask questions. We ask far more questions than we give answers. We listen to their answers and then ask more questions. We give them more reps or put them in the same situations and then ask more questions. "What did your body do? Where did the ball go as a result? Where do you want the ball to go? So do you need to do anything different with your body? Let's do it some more and see what happens." Now we're working together to solve problems and work through challenges. Now the athletes feel like they are vital actors in their lives. Now they get to exert some control over their execution and their outcomes.

This process is part of creating mindfulness in our athletes. As athletes become more aware of what they are doing and how they are doing it, they become more autonomous and competent. (Recognize that competent here means something slightly different than physical skill mastery.) I have written elsewhere that I want to free my athletes to perform at their best and I firmly believe that the best path to that is to help them be autonomous and competent. I believe that I am doing my best coaching when I am coaching brains, not bodies.

The Same, Only Different: Reclassifying Serve Reception in Volleyball

I wrote about serve reception in a post a couple of years ago ( read it here ) and my thoughts there were a bit more philosophical than tech... 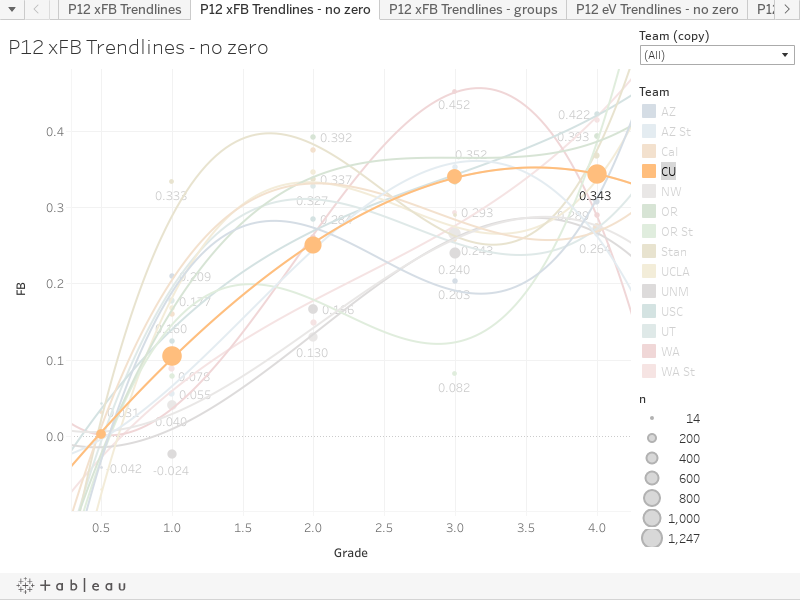